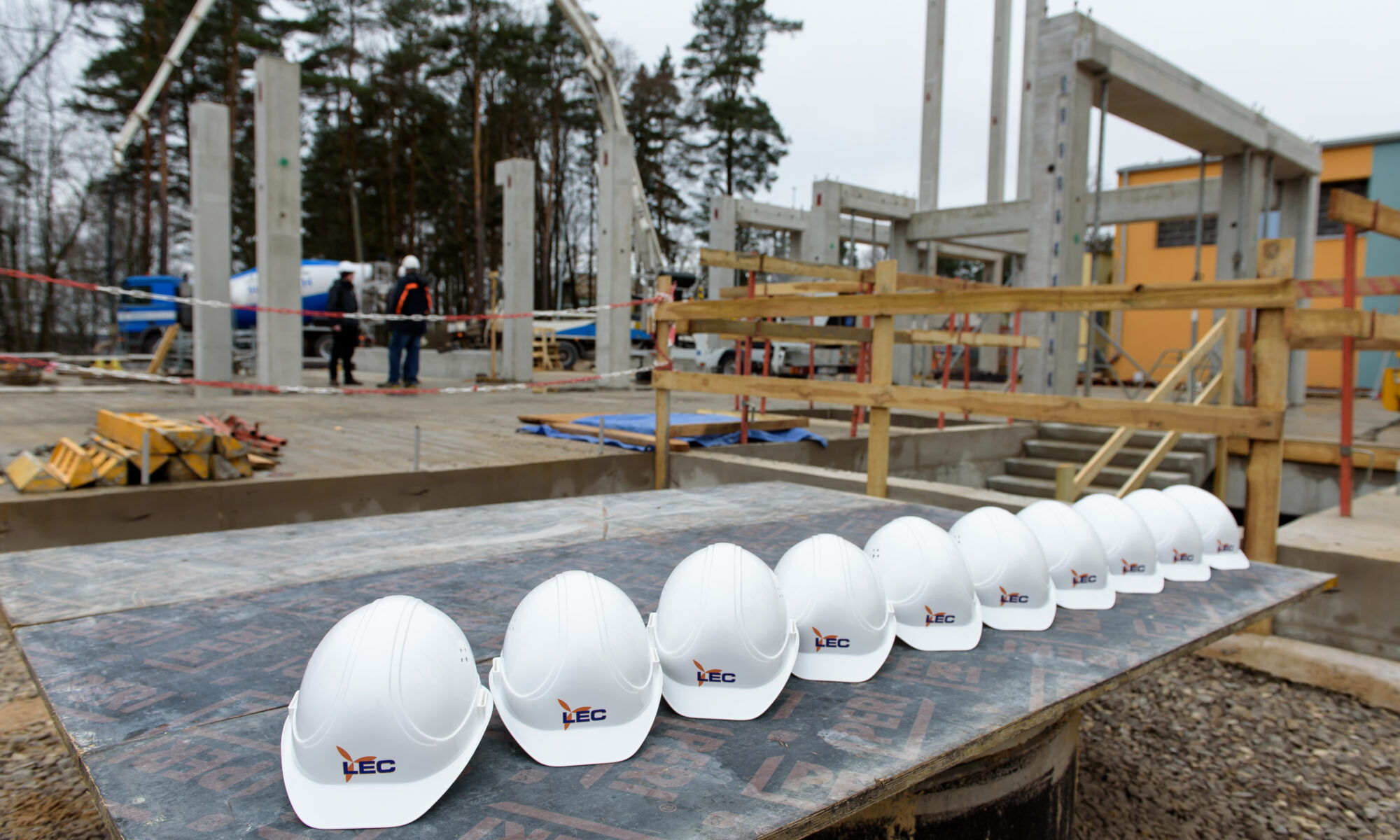 April 13, 2017 – was a historic day for both SIA „Latvijas Energoceltnieks” and Ikšķiles County, a time capsule for future generations was embedded in foundation of Ikšķiles high school.

During the ceremony the message was signed by mayor of Ikškiles county Indulis Trapiņš and site manager of SIA „Latvijas Energoceltnieks” Edijs Ramiņš. Along with a message for future generations, edition of newspaper “Ikšķiles Vēstis” with a published article about construction of Ikšķile High School, as well as euro coin decorated with Latvian symbol – nation’s daughter Milda.

To provide advanced learning environment for all students, Municipality of Ikšķile signed a contract with the construction company SIA “Latvijas Energoceltnieks” for implementation of a project “Reconstruction of Ikšķile high school”.

Implementation of the project is also a symbolic gift to schools 50 years anniversary.

During reconstruction works a new annex with three floors will be built for a primary school. The new part of the school will hold 16 classrooms, including music and science cabinet, teacher’s room, conference room, technical room, gym and spacious wardrobes in the basement.

It’s a great honor for SIA” Latvijas Energoceltnieks” to participate in this project. Site manager Edijs Ramiņš added: “In 25 years’ time since establishing our company, we have built a lot of schools in various Latvian municipalities, but rarely have we encountered such a welcoming attitude from all the involved sides – municipally, school management and also general public of Ikšķile County. This positive attitude will certainly contribute to the quality of works. I wish the new building has a long life so that no one would ever find time capsule that’s embedded in foundation of the building.“